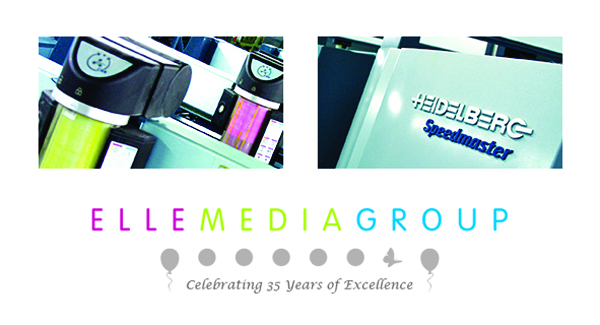 Celebrating their 35 year anniversary next year, Elle Media Group are a thriving print company/publishing house based in Basildon, Essex. Servicing a wide variety of businesses and Charities alike, they offer a fully comprehensive printing, publishing and fulfilment service all under one roof.
Three years ago Elle Media Group were operating with an MIS estimating system bolt-on, which would not be adequate when working in conjunction with their state-of-the-art Heidelberg XL-106 press.

After extensive research Elle Media Group opted to join forces with Tharstern, deciding that the Primo print industry specialist software, which streamlines job costing, CRM, accounting, back office and user management, would be the perfect partner to assist them with their plans to be the most productive and technical efficient printer in Europe.
It was noted early on that the compatibility of the Heidelberg Press and the Tharstern software resulted in an increase in productivity. As a result, Elle Media Group’s turnover has increased by an incredible 40%. (Read more about the software’s implementation here.)
Tharstern referred Elle Media Group to Jamie at Johnson Reed, who was able to secure finance for 100% software and cover additional installation costs. The fixed repayments, along with the increase in turnover, meant Elle Media Group broke even on their investment immediately, whilst enjoying a more streamline and productive operation.
Bruce Cuthbert, CEO of Elle Media Group, commented, “Johnson Reed simplified the purchase of our new software and continue to help with further funding for enhancements to our system! They are a good partner.”