CEDA Conference 2016: The Next Generation 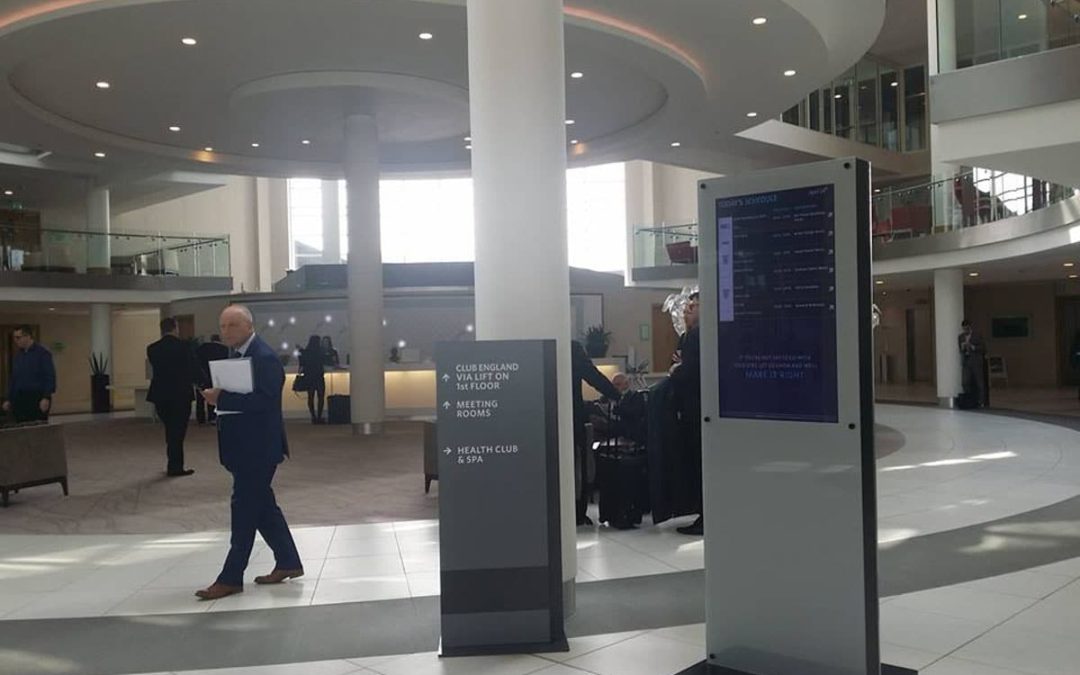 We sent our Catering Account Managers, Ian and Dave, to the CEDA Conference last week. The two-day event was hosted at the fantastic venue of Hilton St. George’s Park in Burton-upon-Trent.
St. George’s Park sees the CEDA Conference return for a second year, after previously hosting the event in 2014. The venue is also known as the home of English football- another fantastic talking point for attendees.

Great venue for the CEDA Conference 2016

Great venue for a ceda agm,home of English football St Georges Park, Burton. @JohnsonReed lets get on the ball

As always, the conference consisted of a series of seminars and conferences, concluded by the Grand Prix Award Presentations and the Gala Dinner. The evening was introduced with a speech from Restaurateur, Paul Goodale, who had to step in last year when Richard West lost his voice. Apparently he did such a great job that he was invited back for a second year!
This year’s conference was built around the theme of the ‘next generation’; as part of CEDA’s recent initiative to engage with and inspire the younger entrepreneurs in the industry. This included the brand new ‘Rising Star Award’ for those who had made a significant impact on a partner’s business, which was won by Callum Kennedy of Gastro North.

A slightly blurry, but fantastic moment: Gastro North Director, Richard Toye, delighted for Callum as he wins the award, “That’s my boy!”

The prestigious CEDA 2016 Industry Personality Award was received by recently retired CHR Equipment managing director, Ron Neville. Ron was commended by CEDA director general, Adam Mason, “Ron’s dedication to his company, employees and family really shone through at the awards and this was complemented by CEDA’s award for the industry’s Rising Star in 2016.” His son, Paul, has taken over the family business.
The full awards shortlists and winners from the Grand Prix Awards can be viewed here.
Ian commented, “The CEDA Conference provided us with an enjoyable and incredibly insightful couple of days. It was great to engage with so many great people in the industry, and we can’t wait to return next year.”

The date is already set for next year’s conference- don’t forget to put 30th and 31st March 2017 in your forward planning diaries! The event is set to be held at the Heythrop Park Crowne Plaza in Oxfordshire.